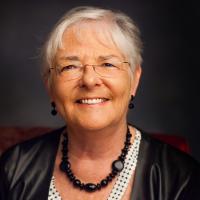 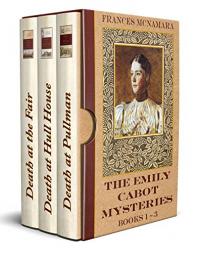 Death at the Fair

The 1893 World’s Columbian Exposition provides a vibrant backdrop for this exciting new mystery. Emily Cabot is one of the first women graduate students at the University of Chicago, eager to prove herself in the new field of sociology. While she is busy exploring the Exposition with her family and friends, her colleague, Dr. Stephen Chapman, is accused of murder. Emily sets out to search for the truth behind the crime, but is thwarted by the thieves, corrupt politicians, and gamblers who are ever-present in Chicago. A lynching that occurred in the dead man’s past leads Emily to seek the assistance of the black activist Ida B. Wells. Rich with historical details that bring turn-of-the-century Chicago to life, this novel will appeal equally to history buffs and mystery fans.

Praise for Death at the FairBoo

“McNamara has a keen eye for zeroing in on how a metropolis can fuel and deplete the human spirit.”  —Chicago Sun-Times

“A compelling tale of the Chicago World’s Fair, complete with history, mystery, and a likeable heroine.” —Kirkus Discoveries

“As in The Devil in the White City, this yarn takes place in Chicago during the 1893 World’s Fair, and like in that nonfiction bestseller, murder intrudes on the city’s cultural uplift with surprising consequences. The novel is well written.”—Publisher’s Weekly

“McNamara leads us on a colorful tour of the White City, as the fair was called. Not ignored is its seamy side, the illegal traveling card games, police graft, midway toughs, and the assassination of Chicago’s mayor in the fair’s final days.”  —www.womeninworldhistory.com